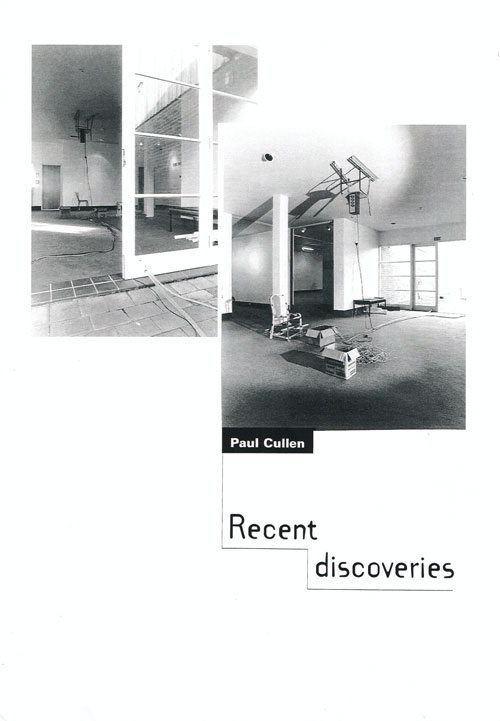 "Paul Cullen is a conceptual sculptor whose work poses problems. His improbable conjunctions of objects function as equations without possibility of solution: tentative hypotheses which both support and subvert established systems of knowledge. Constructed from warn and discarded materials, Cullen's installations are figured like some weird backyard science experiment. While they appear to reference rational processes, they exist in a subjective realm outside of common sense, where logic and function give way to inconsistency and abjection. Cullen's works are concerned with systematic breakdown. They describe patterns of disorder, in which the incomparable is rendered equivalent, where the absolute becomes ambiguous, and where the rational progressions of scientific processes are translated into the irrational impulses of art-making."