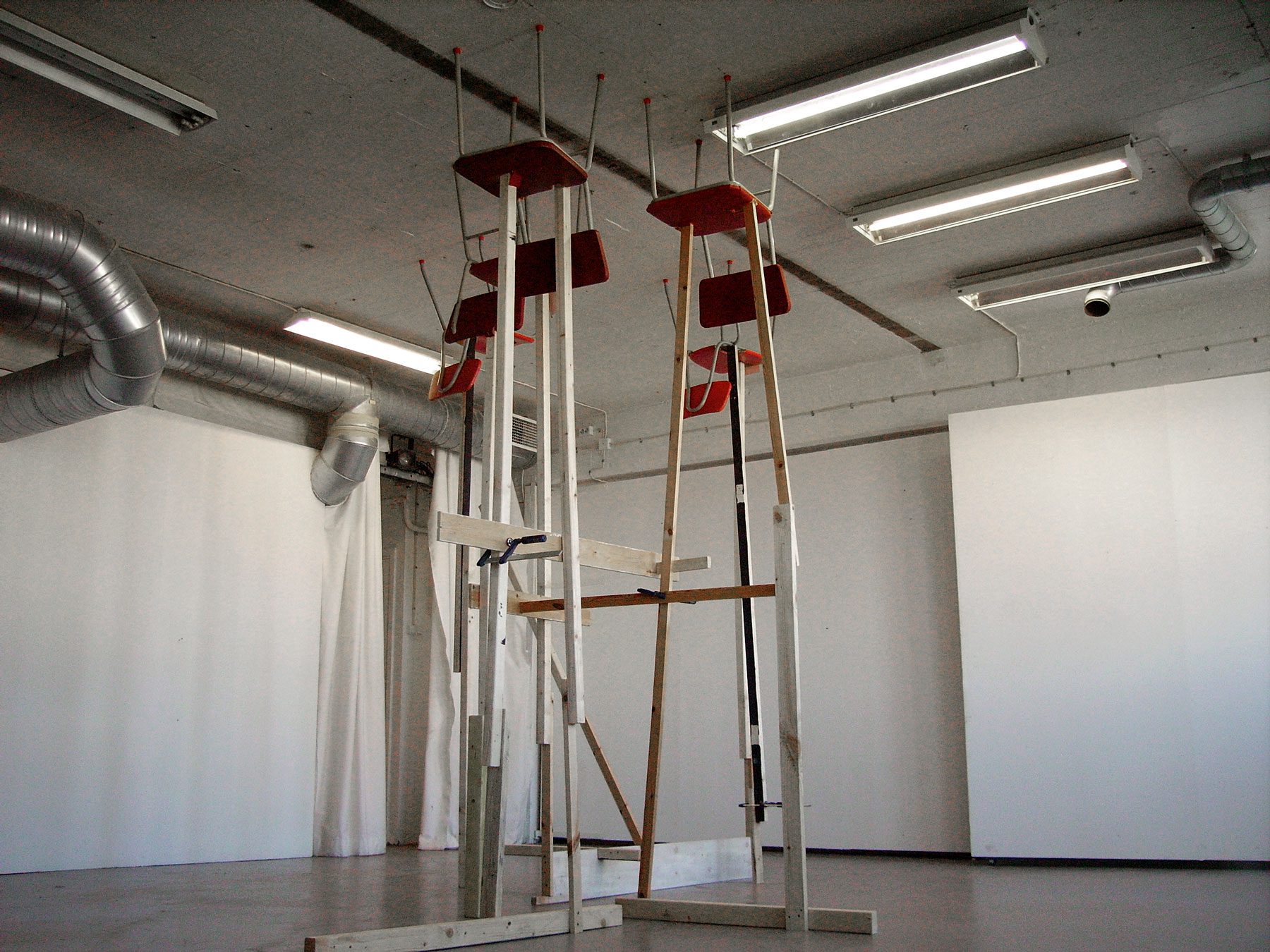 The term ‘Falsework’ refers to scaffold-like constructions employed in building bridges, and other structures, in order to hold elements in place until building is sufficiently far advanced to become self-supporting. Falsework becomes redundant once construction is complete. – Paul Cullen

Paul Cullen’s skeletal arrangements of wood and metal struts that pin various domestic objects to the ceiling are both ludic and prosaic. They demonstrate nervous, propositional energies alongside a protracted pedantry of constructional deliberation. They are like metaphysical speculations diagrammed through an ensemble of meaningful vectors, but are also redolent of lost afternoons in the workshop. Sometimes like a clutch of jackstraws before they spill onto floor or table, Cullen’s bunches of sticks and brackets all converge on one item or one small area overhead, with an insistence that conveys both maniacal intent and thoughtless aggregation.