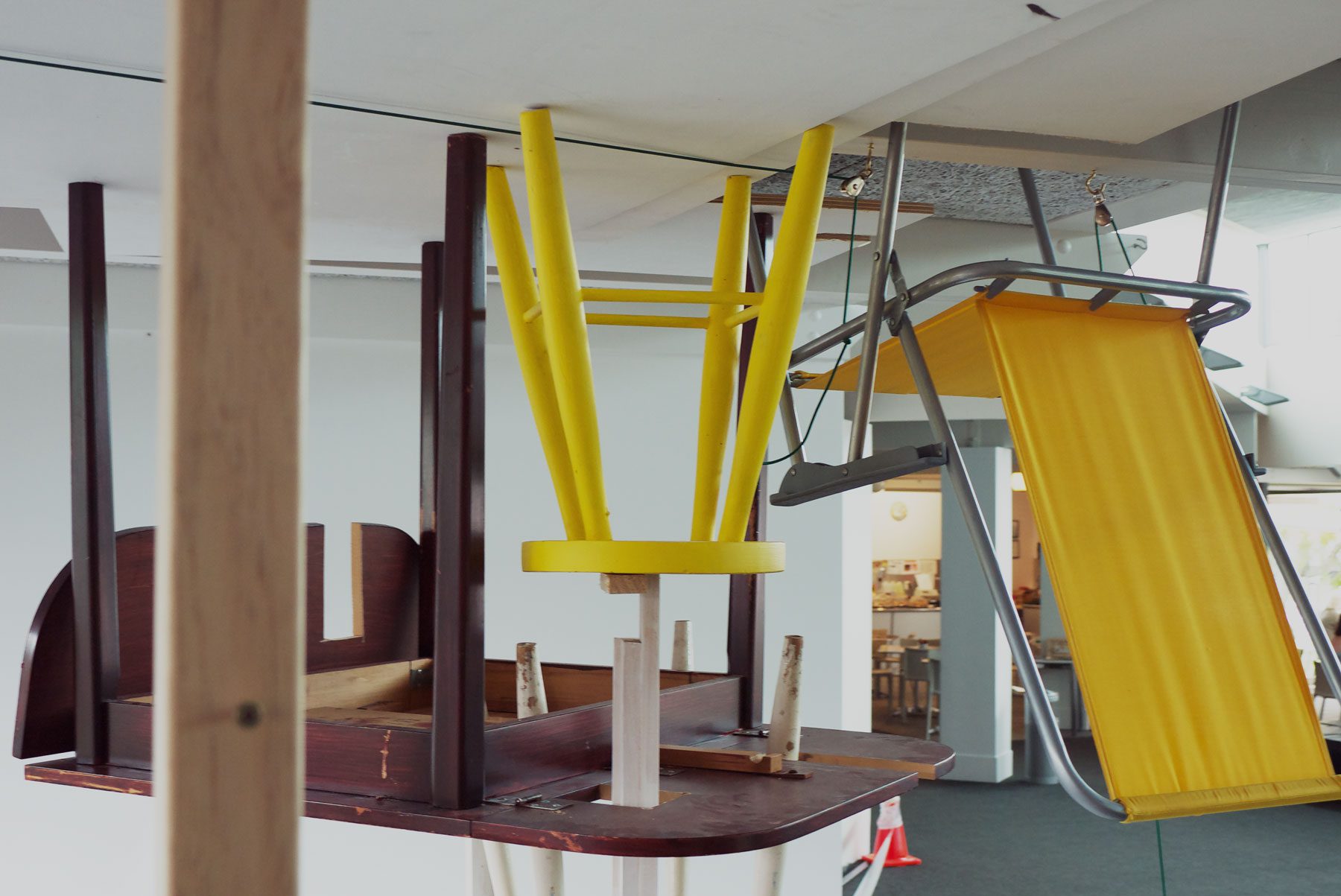 Motel continues Paul Cullen's ongoing series entitled Falsework. The series borrows the name and logic of the temporary support structures used to enable the construction of bridges. However, while falsework is typically removed once construction is completed, leaving the  bridge to perform its gravity-defying function, Cullen's temporary structures have a symbiotic dependency with their suspended object. Assembled from rudimentary materials such as recycled timber and steel, Cullen's ramshackle falsework suspends chairs and tables against ceilings using tenuous structural stability. If either the object or the structure were to fail, gravity would claim them both.

For his project at Te Tuhi, Cullen installed a number of different structural experiments over a four month period. In each version of Motel everyday objects participate in a complex balancing act as if engaged in some sort of odd trapeze performance. Removed from their original function these objects now take on a new humorous identity as completely illogical structure. Entitled Motel, Cullen entertains the notion that an art gallery is a transitory space for art.